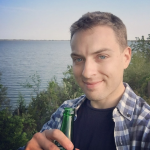 After hundreds of independent studies, scientists at the University of Toronto have finally concluded that nobody cares that cannabis cures cancer.

The research, led by biologist Dr. Gianni Lucifero, showed that most people, when confronted with scientific evidence in the form of peer-reviewed research papers suggesting compounds found in cannabis have the potential to kill cancer cells in human patients, in addition to hundreds of testimonials from people confirming their first hand success with the medicine, still reject the premise outright.

“The reality is that although there are literally hundreds of peer-reviewed papers demonstrating the incredibly medicinal potential of cannabinoids on many types of cancers, due to today’s scientific culture it is essentially impossible to “prove” definitively that they cure cancer. However, it is not impossible to prove that people simply just don’t care what the evidence suggests.”

There are many credible peer-reviewed science papers  (like this one, for example) strongly supporting the claim that cannabinoids cure many types of cancers by inducing apoptosis in the tumor cells. In addition, thousands of Canadians claim to have successfully treated their cancer with cannabis oil (sometimes referred to as hemp oil).  In 2006, a branch of the Royal Canadian Legion in Maccan, Nova Scotia, was even shut down after local members refused to stop supporting the drug, claiming they had a moral obligation to spread the message that it saves lives and relieves suffering.

Despite the evidence being presented by advocates of the medicine, the majority of the population still refuses to entertain the idea.

“A lot of the criticisms of the research hinge on “the data is from in vitro and animal studies; not humans” which…if it was the case for all other drugs, none would exist. You have to start somewhere, and just because the dosages are high, doesn’t mean that they can’t be lowered. The proof is the principle, not the details.”

Despite these studies being done on in vitro human cells, the placebo effect is still often used to explain away the results when people appear to use the medicine successfully.

“People have been conditioned by 40 years of cultural programming to have an aversion to cannabis. It doesn’t really matter what sort of evidence is presented, most people simply react emotionally to the claim rather than rationally evaluating the evidence for it. People confuse the ideal of science with how science actually operates in the real world, and then working from that assumption they assume this issue would have been conclusively proven and endorsed by the establishment if it were true. Unfortunately this is an overly simplistic understanding of how the system works” said Dr Lucifero.

“Even amongst educated people the issue is still controversial. Research has shown over and over that a person’s opinion on a scientific issue, whether it be evolution or climate change or what have you, has more to do with their political identification than it does with their level of scientific literacy. This is equally true for those who have the highest level of scientific literacy in our society as it is for those who have the lowest” he explained.

“When it all comes down to it, this isn’t a scientific issue, it’s a political issue. “