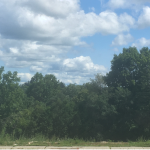 WASHINGTON, D.C.—Local podcast host Tom Doory is arguing that the discovery of Osama Bin Laden’s bookshelf is a blatant lie, and that the government may have covered up actually finding the bookshelf years ago.

US officials refused to release images of the books, “for fear it would incite literacy and reason into Muslim youth; youth that we hope will stay blindingly raged and feed into America’s plan for endless war.”

Doory simply could not believe the government would bury the books without saving any physical evidence.

“Not even a bookmark?”

The going conspiracy theory is that the Bush administration may have found the bookshelf years ago, but Bush had them burned after figuring the books’ “big words and lack of pretty pictures” must make them texts on witchcraft.

Others doubt that the books were ever found, and think the government was simply lobbied by Barnes & Noble.

Canadian comedy writer / comedian canady writer. Hit me up at mcolella27@gmail.com or 9055188685. Check out my Podcast "What You Sayin?", on iTunes. Check out my sketch comedy group, The Happy Elevator: www.facebook.com/thehappyelevator Youtube: https://www.youtube.com/user/thehappyelevator